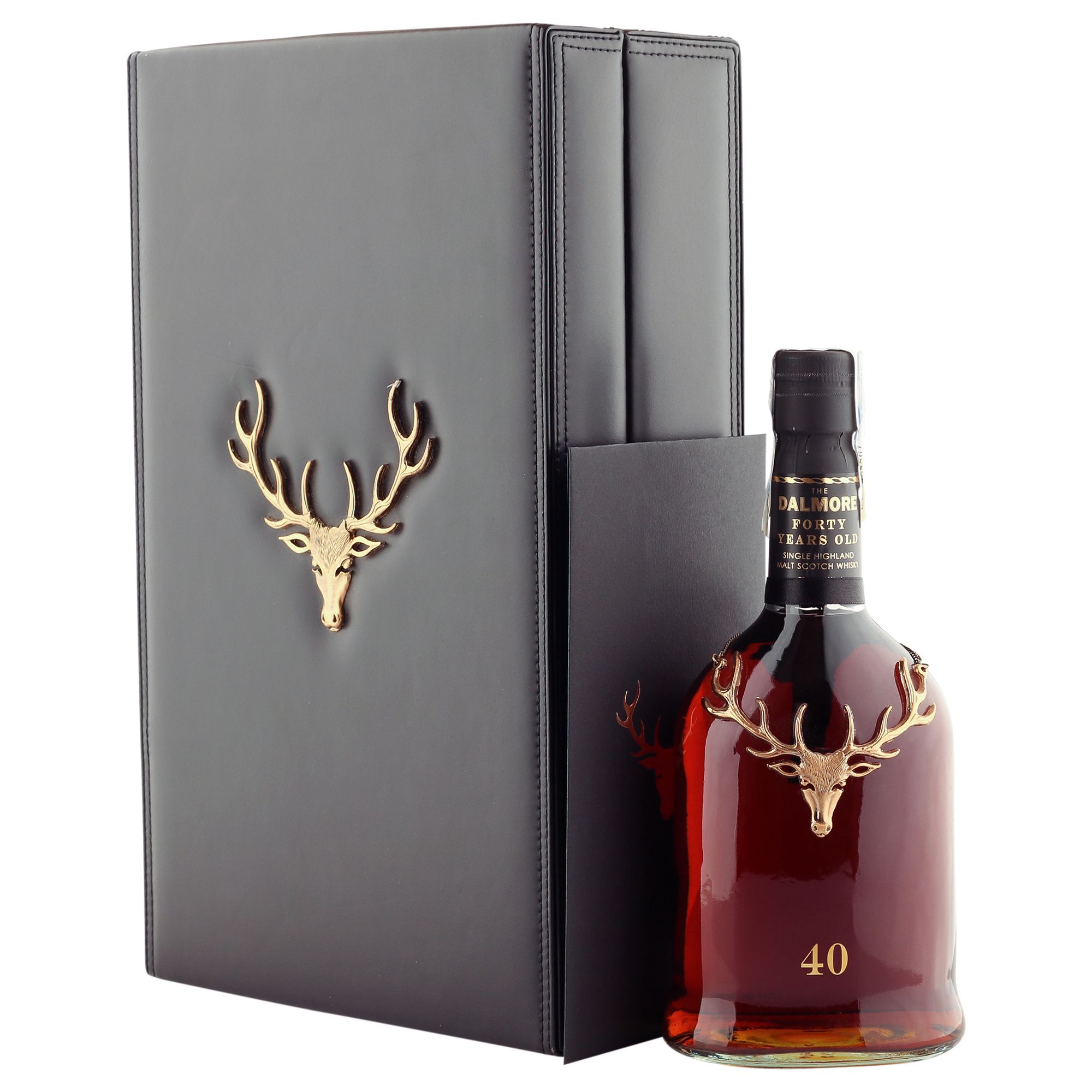 The Dalmore distillery is located in Alness, Scotland, which is 20 miles (32 km) north of Inverness. It sits on the banks of the Cromarty Firth overlooking the Black Isle, the "big meadowland", from which it takes its name. The Dalmore distillery is owned and operated by Whyte & Mackay, which is owned by Philippines based Emperador Inc. The distillery was established in 1839 by entrepreneur Alexander Matheson, who after 28 years decided it was time to pass the distillery onto new owners. Andrew and Charles Mackenzie came forward, and as members of the clan Mackenzie, they brought with them the iconic 12-pointed Royal Stag emblem, the caberfeidh which has adorned every bottle of The Dalmore.
Operations ran fairly smoothly at the distillery until 1917, when the British Royal Navy began to use the firth next to the distillery as a site for the production of deep-sea mines. In 1920 much of the distillery was destroyed by an explosion and the fire that came as a result of a mine detonation incident. The subsequent legal battle between Andrew Mackenzie and the Royal Navy lasted over half a decade, even reaching the House of Lords.

The distillery remained family-owned until 1960 when one of Dalmore's main customers, Whyte & Mackay, took control. A significant contributor to W&M's blends, for many years Dalmore's presence in the world of single malt was restricted to a 12-year-old expression. In recent times, however, the range has expanded dramatically, with a core range of 12, 15, 18 and 25-years-old, plus no-age-statement specialities like King Alexander III, Cigar Malt, and an ever-growing selection of luxury expressions such as the 21- strong Constellation range, and 1951 "Sirius". Prices at the top end regularly top five figures.