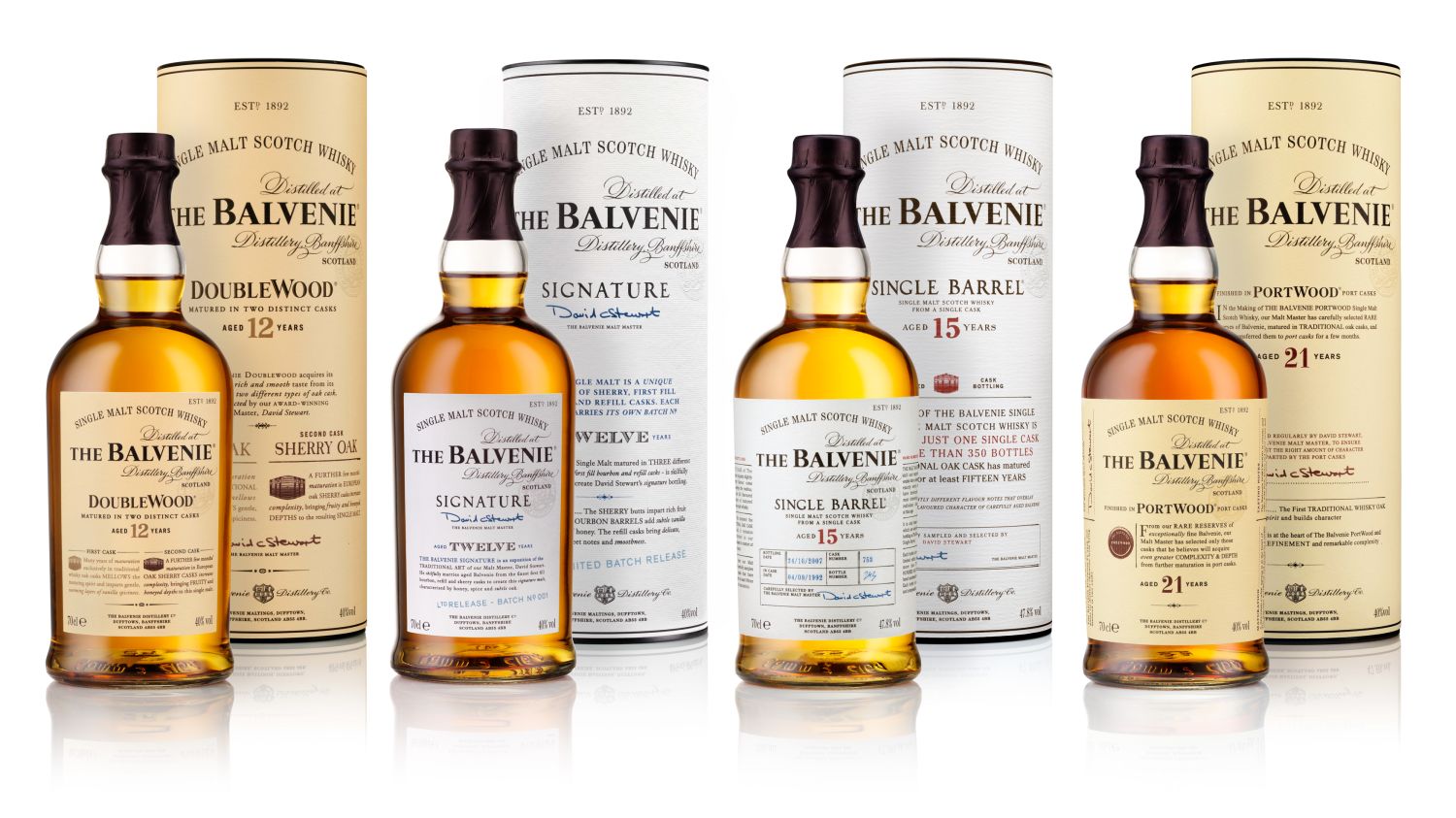 The Balvenie distillery is a Speyside single malt Scotch whisky distillery in Dufftown, Scotland, owned by William Grant & Sons. Balvenie was built on a 12-acre site adjacent to Glenfiddich in 1892/3. Originally known as Glen Gordon it took the name of the huge (ruined) castle which was located next door. The ‘new’ castle, already derelict in 1893, was turned into maltings.

It’s a large distillery with nine, fat, short-necked stills producing a new make character which is notably sweet and honeyed – completely different to both Glenfiddich and Kininvie. Interestingly, when William Grant built its Ailsa Bay malt distillery in Girvan, the still shape replicated that of Balvenie, but the new make is different again.

This was one of the first distilleries to introduce a ‘finished’ single malt with the launch in 1993 of Double Wood, which was first aged in ex-Bourbon casks before being given a short period of secondary maturation (aka finishing) in ex-Sherry.

This utilisation of different wood types runs through the Balvenie range with a new 17-year-old Double Wood recently joining Caribbean Cask (ex-rum) 14-year-old, and the 21-year-old Port Wood as part of the core range. As well as single barrel releases and older age variants up to 50 years in the range, a cult small-batch, Tun 1401, has also recently appeared, followed by Tun 1509.

Balvenie makes whisky in the traditional batch process of the production of single malt. The use of locally grown barley is preferred, and it is floor-malted where possible. Of the 100 or so distilleries in Scotland, Balvenie is one of only seven distilleries with its own malting floor.

V.I.P Tickets for this free flow event can be found at https://www.ticketmelon.com/whiskyli…/whiskylivethailand2020